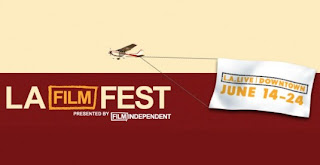 In the town of big budget blockbusters, Film Independent presented its annual bash at the Regal Cinemas in downtown Los Angeles. As with past years, the festival seemed to be without a unifying theme among the films selected, but that isn't necessarily a bad thing.  Some fests may pride themselves by having some sort of identity, but the scattered selection of films perfectly fits its hometown venue, a mix of studio fare from their indie divisions, foreign films and truly independent pictures.  Here is a small selection of the fifteen films I watched over the ten day event: 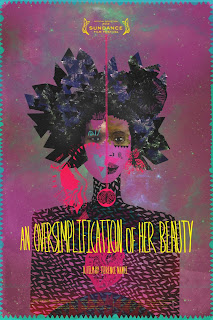 An Oversimplification of Her Beauty - Terence Nance mines his previous short film How Would You Feel?, expanding on his subject matter and the love of his life, Namik Minter.   Beauty cuts back and forth between the short and the relationships Nance has been in since his love went unrequited.  The film mixes media, easily jumping from the old short film with the simplicity of an eject button, jumping into animated segments, and a battle of words between two narrators.  Everything Nance brings to the screen isn't simplified, but complex as the love that he seeks.  While not a perfect film, the feature debut from Nance brings a distinct voice to the C Generation and a beautiful piece of art. 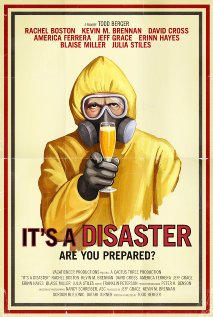 It's a Disaster - At a weekly brunch populated by a bunch of friends, Tracy (Julia Stiles) introduces her latest beau, Glenn (David Cross).  Tempers quickly rise when the guys cannot watch the game on television, someone can't bid on a collector's item on eBay, and one couple is late as usual.  As the guests discover the reason for the lack of TV reception and internet access, news comes that one of the couples is ready to call it quits.  But the biggest problem of all isn't the end of their relationship but a terrorist attach unleashed downtown, and all within the fallout range will soon be dead.  The end of the world has never been so fun and hilarious.

Juan of the Dead - Zombie movies are a dime a dozen these days, but what makes Juan of the Dead different from all others is its choice of locale.  This is the first zombie movie to come out of Cuba.  When the outbreak first happens, the local news media isn't truthful about what is really going down, instead they blame the changes on the corrupt governments of other countries.  Juan doesn't bring anything new to the zombie genre, but the new locale, the wonderful mix of characters and the social commentary makes for a fun thrill ride. 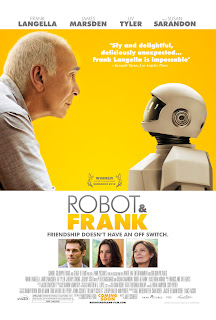 Robot and Frank - Frank (Frank Langella in an award-worthy performance) suffers from a severe case of dementia, and his son Hunter's (James Marsden) only hope is a robot to help him with his daily tasks.  The old curmudgeon refuses the assistance, searching for an off button, but slowly relents when he finds out the robot's sole directive.  The film becomes a buddy flick of man and robot, as they work together to rob from the rich, as the old man has always had a sticky finger.  The two make a wonderful team, and as they get in too deep, you can only hope that they never get caught.  Though the Robot is far from human, the emotion and connection is deeper than most human interaction in the biggest blockbusters.  While the concept sounds a bit out there, the film is full of heart and soul. 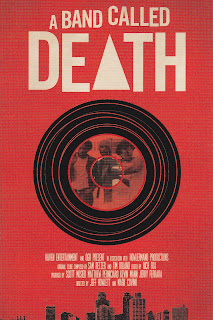 A Band Called Death - Along with Marley and Last Days Here, A Band Called Death completes the trifecta of extraordinary music documentaries in 2012.  From deep within the motor city, a trio of brothers formed a band in hopes of fame, success and women.  They were far ahead of their time, playing punk before it was such a thing.  They toed on the edge of fame, almost signing with a major label, if they would only concede one thing... their name.  The name Death was always the drawback.  They couldn't get the airtime or find venues to book them, but the oldest of the siblings was always too proud and knew they would find a way to make it to the masses.  The film follows the highs and lows of the brothers, including the early passing of one, before their only seven-inch recording started to find its way into the underground music scene.  A wonderful film about passion and never giving up, A Band Called Death will hopefully never die.

As more films from the festival premiere, more reviews are set to come including Celeste and Jesse Forever, Sister, Red Flag and my favorite of the festival, Ruby Sparks.
Posted by Zoey Rose at 6:00 AM

Email ThisBlogThis!Share to TwitterShare to FacebookShare to Pinterest
Labels: 2012, A Band Called Death, An Oversimplification of Her Beauty, comedy, Film Festivals, Frank Langella, It's a Disaster, Juan of the Dead, LA Film Fest, Robot and Frank, Terence Nance, Zombies