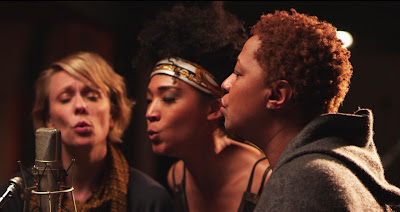 So Close and Yet So Far
by Mark Dispenza

They mesmerize us on stage and in music videos.  We imitate their sound with our own voices.  Yet we don't even know their names.

In one of the year's best documentaries, Morgan Neville shines the spotlight on pop music backup singers in 20 Feet from Stardom.  Their voices are critical to the sound that makes pop music legends, yet the lives of backup singers are a mystery to the public.  This is in spite of the fact that they are highly regarded within the music industry itself.

Music fans may not know them, but rest assured they are well-known to the likes of Chris Botti, Sheryl Crow, Mick Jagger, Bette Midler, Bruce Springsteen, Sting and Stevie Wonder.  These pop superstars are among those interviewed for the film, and they are unanimous in naming names and expressing their gratitude for the contributions of these divas from the shadows. 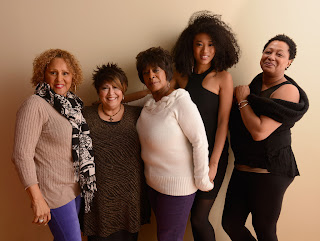 Neville begins by visiting the height of the backup singer phenomena in the '60s, '70s and '80s and examines the careers of some of the most talented, such as Merry Clayton and Darlene Love.  Then he takes us to visit them and see where they are today.  It's a mixed bag.

Most of them started as gospel singers in their local church, and the praise they received there encouraged them to audition for record producers.  As they discovered the reality of the music business, both good and bad, some continued to pursue the dream of becoming a solo recording artist.  For reasons that remain a mystery, none of them ever made it into the spotlight at the front of the stage.

It's possible that they did not get much love from record label promoters.  It's also possible that they were victims of their own success.  By contributing to the sounds of the pop stars they supported, they rendered their own unique voices as just more of the same to the record-buying public. 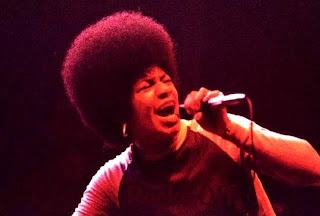 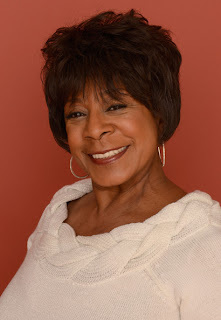 Some of them stopped aspiring to solo success and reveled in the attention they received from the stars they backed, becoming comfortable in their roles as members of the band.  They had found a new family and loved being a part of it.  Others became discouraged and walked away.

As much as I enjoy a good story about talented artists, particularly a great music documentary like this one, I found its appeal to go beyond pure entertainment.  In many ways these backup singers are us.  We may work hard in our jobs and make the people who employ us look good, all the while remaining in their shadow.  Sometimes we feel valued and enjoy the warmth of being a member of a successful team.  It becomes our family, sometimes the family we never had.  Other times we feel under-valued and under-appreciated. 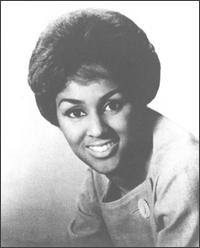 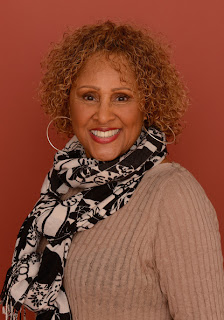 Many of us dream of more.  We want the recognition of being the best in our field, even if it's just among the people who occupy our own limited world, and we put everything we have into achieving that success.  A lucky few of us make it to the top, but most of us don't, often for reasons that have nothing to do with our talent.  Sometimes success is more than that.  It's also being in the right place at the right time.

The singers profiled in this film have had a lot of time to think about their careers and their days in the sun.  If they ever felt bitterness that the music industry didn't treat them better, time has mostly healed that wound.  They have reached a point in their lives where they're grateful for the experience they shared and understand that their contributions brought joy to many, even if music lovers never knew their names.  Most of all, there was the pure joy of doing what they loved.

20 Feet from Stardom is currently in theatrical release in the USA.