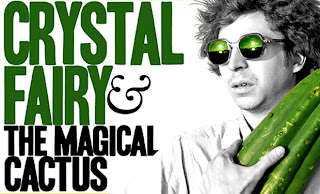 In Search of a Magical Elixir

The quest for a hallucinogenic cactus unites an odd, charming cast of characters in this Chilean road film.

Chilean writer-director Sebastian Silva (The Maid) has created a film that, much like the character of its title, grows on you as you watch it. The film stars Michael Cera (Scott Pilgrim vs. the World) as Jamie, an obnoxious young American on an extended visit to Chile to stay with his friend, Lobo (Silva).

Jamie enlists Lobo and his two brothers, who are played by Silva's real-life siblings, on a quest to the desert to find the elusive San Pedro cactus, which is said to have hallucinogenic properties when cooked and ingested. Before the trip gets underway, Jamie and Lobo go to a party and meet an odd young woman who will give her name only as Crystal Fairy (Gaby Hoffmann). 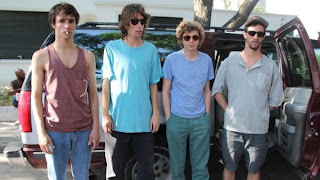 Sebastian Silva (left) with Michael Cera and the Silva brothers

Jamie gets high and asks her to join their quest, which he doesn't remember the next morning when Crystal Fairy takes him up on the invitation. Reluctant at first, Lobo insists that she be allowed to join the expedition because Jamie did in fact invite her.

It's not long before Crystal Fairy's new age sensibilities, such as tantric exercises, open nudity and belief in the power of crystals, begin to wear Jamie's patience thin. But she has the opposite effect on the Chileans, who find her charming and become protective of her, much to Jamie's consternation.

It's only after ingesting the cactus and descending into an alternate reality that Jamie really begins to see Crystal Fairy as someone deeper than he first thought. Crystal Fairy is not the ditz she appears to be. In fact, she is hiding a terrible pain, which she masks with her mystical beliefs and maternal concern for the boys. 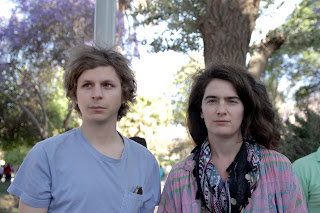 I found this film hard to get into at first, but the interesting characters that populate it kept me glued. Before I knew it, I was hooked all the way to the end. All of these characters appear shallow and one-note when we first meet them, but Silva manages to imbue them with a humanity that grew on me as the story progressed.

The cast spent a lot of time together prior to the commencement of principle photography, which probably explains the chemistry they all share. Cera moved to Chile and lived with Silva for a few months before the project began, and the dialogue of the film is improvisational. I'm normally not a fan of improvisation, but it works well here, even though I thought it caused the film to drag a little. 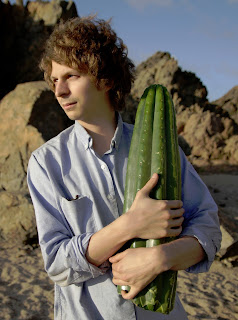 Crystal Fairy had that effect on audiences at Sundance as well, where it quickly became an audience favorite. The film is currently in limited release, but is available widely in VOD on platforms such as iTunes and Google Play.

Posted with Blogsy
Posted by Mark Dispenza at 8:04 PM