by Mark Dispenza
Web series went mainstream this week with their very own awards show--streamed live of course.  Members of the International Academy of Web Television chose IAWTV Award winners in 32 categories from over 350 submissions to its inaugural competition.

Its clear that this latest creative outlet is attracting more talent and greater investment than ever before, and as the final walls between your television set and your computer are broken down, the broad array of entertainment choices will be exponentially greater than ever.

The Guild, a comedy series about online gamers now in its fifth season, led the pack with five wins, including Best Comedy Web Series, as well as Best Writing (Comedy) and Best Female Performance (Comedy) for series creator, Felicia Day.  What started out in season one as an ultra-low-budget experiment by Day and her friends has turned into a web phenomena with progressively higher production values and guest stars like fan icons Stan Lee and Neil Gaiman. 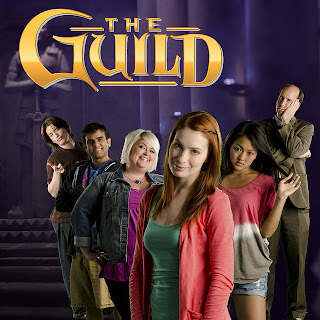 Fans of the old X-Files TV series and feature films can finally get their next fix of alien invasion conspiracy from RCVR, a new web series created by online entertainment developer, Machinima, which pledges to bridge the gap between cinema and gaming in one accessible package.  RCVR won Best Web Series Drama  at IAWTV, as well as Best Male Performance in a Drama for lead actor Daniel Bonjour.  Unlike much web entertainment content, RCVR was a slickly packaged, professionally produced series right out of the gate when it premiered in September.  I don't know its cost per episode, but it ain't cheap.

Red vs. Blue, yet another series developed by a gaming company, Rooster Teeth, won Bet Animated Web Series.  The computer-generated animation is top-notch, and it certainly is entertaining (not for children), although the plots and comedy writing are of the B movie variety.

If you've been checking out the above links and are ready for more relevant, socially conscious fare, check out Anyone But Me, winner for Best Writing (Drama) and Best Female Performance in a Drama for its young star, Rachael Hip-Flores.  Series writers Tina Cesa Ward and Susan Miller have been honored multiple times during the past year, including a Writers Guild of America (WGA) award for Original New Media.

Chris Preksta won an award as Best Director (Drama) for The Mercury Men, which can be viewed on Hulu, a pioneer in the marriage of series television with web streaming.

Blip was honored for its role as a distribution platform for web series, and a visit to its site will provide you with a wealth of quality web programming, both scripted and unscripted.  Its apparent that the web distribution model for series television is now in an advanced state of evolution, and it's only a matter of time before the challenges of web distribution for feature films are overcome--with or without Netflix.
Posted by Mark Dispenza at 11:47 AM