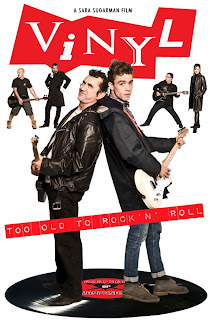 Too Old for Rock n' Roll
by Zac Sanford


After failing to sign his band with his former label, an aging rock star concocts a plan to pull a fast one on the record industry. The problem? Well, the industry considers Johnny Jones and his former band mates in Weapons of Happiness well past their prime. Sure they may have made the record label mounds of cash in the early 80s, but times have changed. Now the industry prides itself on launching fresh, pre-packaged bands and pop groups.


Jones has never given up the dream, even if his former band mates have moved on with their lives. He’s living with his girlfriend of several years, who keeps pestering him to have a baby. But what man wants to bring a child into this world when he lives in a trailer?  One drunken night he reunites with the former members of the triple-platinum punk band, Weapons of Happiness. With alcohol flowing freely, they record a song, not on an 8-track like the old days, but on a swanky new iMac.


The thing is, this song is good. It’s catchy. And it’s a good thing the tune makes you want to dance in your seat because it is played over and over throughout the entire run of the flick. The problem is the new A&R exec, a young twenty-something who no longer respects musical talent. He’d rather find the youngest and hottest sensation that can grace the pages of any pop culture magazine.


So Johnny, in a bit of panic, drops the recording off with a DJ. But this isn’t the music of Weapons of Happiness. It's the music of Single Shot, a band he manages and has helped produce. Once the DJ spins the tune, Johnny must let his fellow musicians know that they cannot be the face of the music. The old-timers quickly hold auditions and teach a rag-tag group of teens to play the instruments and act the part. In time they’ll come clean and show the hypocrisy of the recording industry, if they can keep egos at bay. 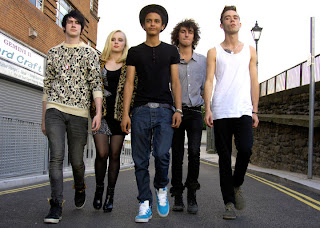 Vinyl is based on the true life story of Welsh musician Mike Peters, who famously released a track under the name of “The Poppy Fields” in 2004. To prove that the music industry was biased, the older musician became hired a younger band to perform in the music video. The song ended up becoming a minor hit before the truth was disclosed.


The film keeps up a brisk pace with its punk-influenced soundtrack. Sara Sugarman, who has vastly improved as a director since her last outing (Confessions of a Teenage Drama Queen), keeps the scenes light in the script she co-wrote with Jim Cooper. The performances by rock stars young and old are believable. Phil Daniels as the crotchety former star, Johnny Jones, is slightly overshadowed by the young Jamie Blackley, who plays Drainpipe, the front man of the fake band.


The film recently premiered at the Santa Barbara International Film Festival and has encore performances on January 29th at 8:05 a.m. and February 3rd at 2:00 p.m. It does not currently have distribution, but hopefully this gem will find a home before its festival run concludes.