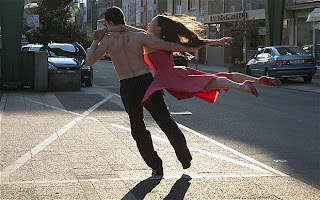 The Soul of an Artist
by Mark Dispenza

Stunning visuals and a uniquely original approach to storytelling underscore Pina, an artistic triumph that is setting new standards in documentary filmmaking.

Shortlisted in the category of Best Documentary at the 2012 Oscars, Pina is a work of cinematic genius by prolific German writer/director Wim Wenders (Buena Vista Social Club, Wings of Desire). It began as a documentary about famed German modern dance choreographer, Pina Bausch, but became a tribute film when its subject unexpectedly died of cancer just as production was getting underway.

Currently in release in the USA, Pina is being screened in 3D, rare for documentaries about the arts but incredibly effective.  The film features elaborately choreographed dance performances staged in locales ranging from stage sets to stunning natural vistas and urban architecture.  Natural elements like earth and water were common in Bausch productions and added to the overall effect of her stagings, which often dealt with themes of loneliness and alienation. 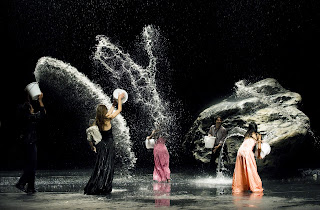 The 3D effect is much more than a gimmick.  It brings the viewer so close to the dancers that you can see and feel their emotions and every intricacy of their movements.  It is a monumental achievement in establishing intimacy between artist and audience. 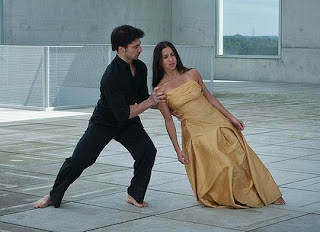 There is very little of Pina herself on the screen, and the film has been taken to task by critics, even those who loved it, for its paucity of tangible insight into the choreographer or her technique. I believe they missed the point.

Bausch was not a tyrannical genius who foisted her own sensibilities on the many accomplished dancers she worked with over the years.  Her true genius was in the way she facilitated the awakening of a dancer's own innate talent.  Throughout the film dancers spoke about how she challenged them with simple instructions that sounded more like riddles than teachings.  "Make me afraid," she tells one dancer before he takes the stage.

She didn't tell her dancers what to do.  She made them discover it for themselves--an awakening of one's own inner muse.  The lack of exposition is not a weakness of Wenders' film.  He shows us who she was by recreating her style as the narrative structure of his film.

Little known in this country outside the dance world, Bausch has been a powerful influence on artists in other mediums, including film.  Spanish director Pedro Almodovar credits her influence on All About My Mother and Talk to Her on the Sadler's Wells Theater tribute page to Bausch.

The 3D version of this film is a must-see.  Don't miss it when it arrives soon in a theater near you. 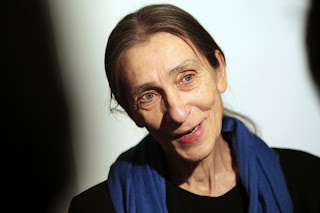