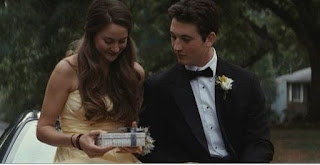 Breaking the Mold
by Mark Dispenza

The Spectacular Now reinvents the teen coming-of-age film with a harder look at the challenges faced by today's youth.

Sutter (Miles Teller) is the class clown who perpetually lives in the moment. His actions are dictated entirely by what feels good to him at the time, without thought of possible consequences further down the road. He thinks he has it all, until his beautiful girlfriend (Brie Larson) dumps him because she sees that he has no future. She trades him in for the class president and star athlete. Getting dumped is a shock to Sutter. After all, he's a funny party guy who loves everybody, and everybody is supposed to love him back. It doesn't help that he's also an alcoholic. 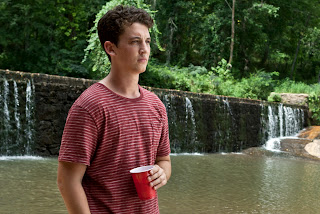 Aimee (Shailene Woodley) is the good girl who does think about her future, but she feels trapped by her mother, who has been emotionally despondent and helpless since her father died several years back. In direct contrast to Miles, who eschews any responsibility, Aimee has more than her fair share.

After Sutter is dumped he goes on a drinking binge and passes out on a lawn, where Aimee finds him while delivering newspapers on the route her mother is supposed to be covering. The unlikely pair begin to see more of each other, and because each has what the other needs, a close bond develops, much to everyone else's surprise. 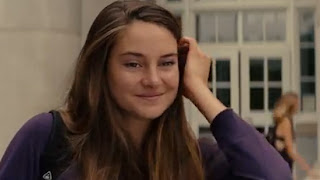 Sutter's relationship with Aimee also awakens in him a desire to discover who he really is, and that involves tracking down the father who deserted his family and hasn't contacted them since. Sutter's mother (Jennifer Jason Leigh) has always avoided talking about her ex-husband and won't tell Sutter how to find him. When Sutter does find him, he'll discover it's like looking in a mirror, and he'll be terrified by what he sees.

The screenplay written by Scott Neustadter and Michael H. Weber, from the novel by Tim Tharp, is a brilliant exploration of how parents influence us, even in their absence. It's also a young man's cathartic journey to discover the past that molded him and face the choice to make himself a better and more responsible human being. 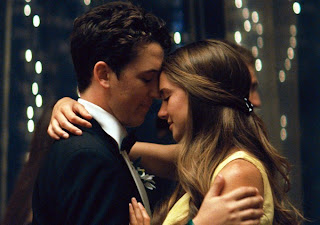 Director James Ponsoldt (Smashed) gets a lot of the credit for creating the canvas that allows two fine young actors to excel in their roles. Teller and Woodley are called upon to portray a wide range of emotion, often expressing state of mind with little more than facial expression. It is a near-certainty that both will come off of this film with considerabe acclaim, much as already happened with Woodley following her turn in The Descendants.

It's little wonder that The Spectacular Now has generated such positive buzz among critics and was an audience favorite at its Sundance Film Festival debut.

Posted with Blogsy
Posted by Mark Dispenza at 9:36 PM