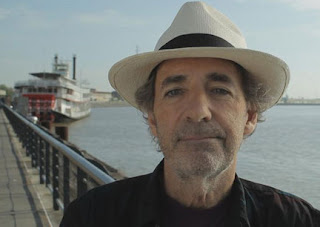 The Big Uneasy
The Big Uneasy is both an expose of government dysfunction and a warning that the Katrina disaster in New Orleans may soon be repeated in places as disparate as the upper Mississippi River and the Sacramento River delta in California.
Regular readers know that I rarely discuss documentaries on this blog, making exceptions only for those that break new ground and provide compelling insight into the most important issues of our time.  This is one such film.  Filmmakers from Spike Lee to the Academy Award-nominated team of Tia Lessin and Carl Deal have made excellent documentaries about the levee failures that led to the catastrophic flooding in Louisiana following Hurricane Katrina in 2005. As good as those films are, none of them have exposed the root cause of the disaster as effectively as Harry Shearer.
Although the spine of the film is based on technical evidence, Shearer has produced a film that is very accessible to the average viewer.  Fascinating computer graphics recreate each hour of the sequence of levee failures that flooded New Orleans neighborhoods.  Treme actor and New Orleans resident, John Goodman, breaks up the technical sequences by conducting entertaining interviews with locals.
Shearer uncovers a legacy of mismanagement going back decades within the US Army Corps of Engineers, the principle US Government agency responsible for the construction and management of our nation's flood control infrastructure.  Interviews with a Corps whistleblower and two post-Katrina principle investigators yield damning evidence of the negligence and flawed engineering that went into the original construction of the Mississippi River--Gulf Outlet (MR-GO) waterway and its peripheral systems during the 1950s and continues to plague the repair and rebuilding of that infrastructure to this day. 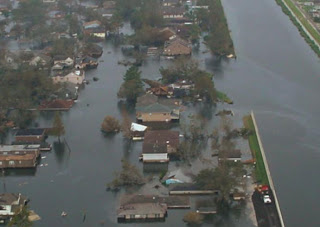 Maria Garzino, a veteran engineer with the Corps, provides testimony that the hydraulic pumps that were installed post-Katrina are woefully inadequate to the task and will fail again the next time a storm of similar magnitude strikes the area.  Although protected by federal whistleblower laws, she has faced backlash from her superiors and been assigned to subpar jobs that effectively sideline her within the organization.  See public radio journalist Molly Peterson's 4-part series about Garzino's claims on KPCC.
Similarly Robert Bea, a civil engineer affiliated with the University of California at Berkeley, has been vilified by colleagues for an investigation that concluded the Corps was chiefly responsible for the disaster that befell New Orleans, stating in his report that the levee failures were "the greatest man-made engineering catastrophe since Chernobyl."
Dr. Ivor van Heerden, former head of Louisiana State University's Hurricane Center, lost his job after coming to the same conclusion in his own investigation.  LSU, a university that is heavily dependent on federal funding, decided to axe van Heerden and the other researchers who staffed the Center after they continued to speak out about the Katrina engineering fiasco.  Strangely, after all of the experts there had been fired, LSU received a multi-million dollar grant from the federal government to establish a similar center.
Obviously there's a powerful reason for such an astounding pattern of engineering project mismanagement and cover-up, and it can be summed up in two words familiar to those who regularly follow politics and government in the USA today:  political patronage.
Shearer uncovers evidence that billions of dollars were spent on unnecessary or inadequate flood control projects going back decades and in multiple administrations.  He calls it "a disaster of bipartisan magnitude."  Little is left over to achieve real flood control after politicians bring home the bacon to the tune of billions of dollars and promote ill-conceived projects that benefit their key contributors but achieve no real solutions.  One contractor was discovered to have purchased millions of dollars in new equipment for a job that the government had not even put out to bid yet. The fix was in.
What is most troubling is the Corps mismanagement that undercuts the New Orleans flood control system is not unique to that locale.  The same people oversee every major flood control system in the USA, including the Sacramento River Delta in California.
Where will the next catastrophe occur?  Follow the money.

Posted by Mark Dispenza at 9:11 PM