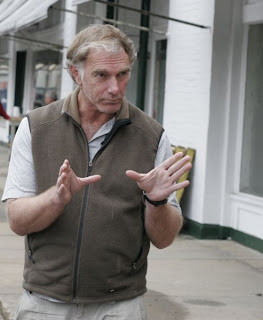 AN INTERVIEW WITH JOHN SAYLES
Part 2: The Craft of the Storyteller

During our interview John Sayles provided answers to questions I had waited years to ask him. His films provide an overview of ordinary people caught up in the events that shape our times.  As their lives intersect in ways that they may not understand, we as the audience are provided with new insight about the people and places we think we already know.
I was first introduced to his films when I saw City of Hope on the big screen during its 1991 release. I drove over 40 miles to an art house theater in Los Angeles based on positive reviews and the subject matter of the film. Political activism runs in my family, and the subject matter had aroused my curiosity. The machinery of political decision-making is more complex than most of the public understands, and like many things in life, the final outcome tends to be more about the individual personalities involved than it is about effective governance.  The other thing I've learned is that it is possible for an idealistic individual to prevail, but the chances are slim without our active engagement as citizens in a democracy.
"We’re so often disappointed in our politicians, but you know what, sometimes our politicians are disappointed in us," Sayles told me.

City of Hope grabbed me and held me from start to finish.  It was the first time I saw a film that got it right.  It featured an ensemble cast representing the types of individuals you find at every level of urban politics in America, from the construction worker on an urban renewal project and the poor resident he will help to displace to the wealthy developer and the city council people trying to sort it all out, for better or worse.
What was most striking about this film was that Sayles was able to present so many points of view effectively in less than two hours running time.  The characters in the film were not caricatures.  They were human beings with their own outlook based on their respective life experiences. Sayles is able to pull this off with exquisite mastery of subtext in both dialogue and visuals.
As we get to know and understand the diverse cast during the course of the story, there is invariably a scene later in the film in which characters from completely different backgrounds converse directly with each other but are unable to actually communicate in any meaningful way.  In Casa de los Babys, a young maid speaks to a prospective mother from the States in Spanish about her hopes and dreams for the child she was forced to give up while the adopting mother speaks in English about her dreams for the child she hopes to adopt in Mexico.  Neither understands what the other is saying, but for the audience, who understands both, it is an emotionally powerful scene.  As Sayles said in Part 1 of this interview, the audience gets an overview of the story that the individual characters are unable to see. 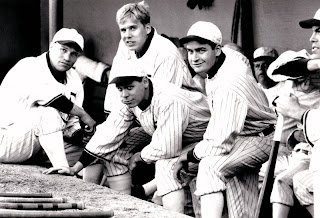 Eight Men Out
MD:  Your films follow multiple characters, and you seem to pull that off in a way that other filmmakers can't.
JS:  Some people say we have too many characters.  Who’s the hero?  Ken Berry (former pro baseball player), a guy we worked with on Eight Men Out, said "I like movies where the good guys prevail over the bad guys, and you know which is which."  We’re just making a different kind of movie.  If that’s why you go to the movies--to feel great about the outcome at the end of it--you’re going to feel disappointed in our movies.  We often have some people say "what was that?"  It’s because we had an ambiguous ending or the characters weren’t heroic or whatever.  They were likable but not heroic.  It’s a tough thing to do.
My favorite thing about that (good and bad characters) is thinking about the corrupt guys.  It’s complicated.  Sometimes they’re just greedy fucks, but on the local level (in City of Hope) it’s often about a no-show job, and (they say) "I know I shouldn’t have it under my administration, but it’s my wife Lucille’s little brother, and when is he going to get a real job?  He’s had the drug problem, and if we can just get him an income, he can take care of my nephew and my niece, and maybe it’ll straighten him up.  So what am I going to do?  Fire Lucille’s idiot brother for some abstract thing where everybody expects me to have some no-show job anyway?"
MD:  In Honeydripper a wealthy woman who originated from a lower class background talks to her black maid about the challenges she faced trying to fit into her husband’s high society world.  It's an impactful scene on many levels.  I'm amazed by the way you create a bridge between different worlds.

JS:  That’s not even a bridge. That’s her talking and thinking she’s got this incredible rapport, and her maid, understanding what she’s talking about, but knowing that her employer has missed the last 12 years of her daughter’s life, so she’s kind of surprised when she sees her (the maid's daughter). Oh my God, you’re a teenager already. 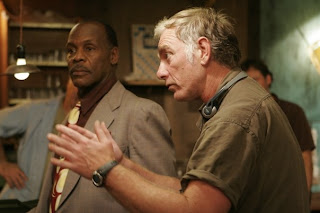 John Sayles directs Danny Glover in Honeydripper
MD:  As you said, it's not a bridge between characters, but a bridge from the characters to the audience.  How do you pull that off?

JS:  There are a couple of brilliant things that James Cameron did in Titanic. This is the Titanic. The boat’s going to sink—no surprise, but he puts in this... kind of a PBS wraparound thing at the beginning of it where you’re looking at a computer screen, and it shows you how the thing sank and everything. You’re getting all this exposition. I thought, why is James doing this? And then I realize now I know exactly where the kids shouldn’t go. Oh no, don’t go to that side. He’s actually providing you more information, so you’re more worried about these two kids. Are they going to survive what we know is in front of them? We know there’s a monster behind that door. Don’t open that door. And that’s a lot of what you try to do with characters' points of view. Most of our movies are kind of multiples. You try to get at least a couple of characters that the audience wants it to turn out well for them. But you give them enough information that the audience knows a little bit more than the characters.

MD:  How did you learn to be a screenwriter?  Did you have a mentor?

JS:   I watched a lot of movies. I didn’t go to film school. I didn’t take many writing courses.  Quentin Tarantino said his film school was working in a video store. When it got slow he’d run movies. The second thing you do is you learn by doing it and develop the muscles. I’ve been writing for 30 or 40 years. I sold my first novel when I was 25. I think I started writing screenplays professionally when I was 28. You write a lot of stuff. Some of it’s not very good, but you rewrite it and you keep writing.
It’s kind of like an athlete who cross-trains. You keep the muscles working and you solve problems. Even without remembering where you solved it before, when you come up with another problem, you say “I know how to do this.” And the same thing with listening to dialogue or working with actors. You hope you get better. If you don’t get bored and lazy, you probably will get better. You look at professional athletes, and the smart ones last a long time because about halfway through their career, they realized I’m not going to always have this, and they start to say, “I better develop a screw ball, or I better start taking better care of my knees and ankles."  Michael Jordan hired a trainer to do nothing but tell him about the injuries that most athletes will get in two years.   (The trainer said) "here’s some exercises so you don’t end up with those injuries." 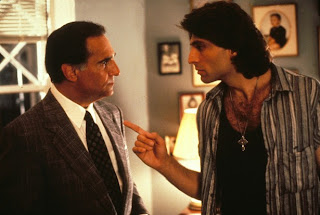 Next...
Part 3:  The Future of Independent Film