A Teen Romance for Adults 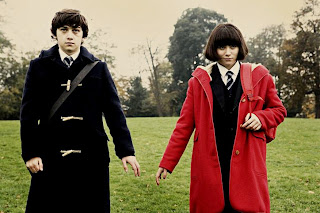 Submarine
Submarine is a clever coming-of-age film that uses humor and teen romance to explore adult themes about sustaining love in difficult times.  It was adapted for the screen by writer/director Richard Ayoade from the novel by Joe Dunthorne.
As the story opens, 15-year-old Oliver (Craig Roberts) sets out to achieve two primary objectives--lose his virginity before his next birthday and stop his mother from dumping his father for the new age guru who was her first love.  The latter, effectively played for laughs by Paddy Considine, has recently come back into their lives on the rebound from a tumultuous failed relationship.
The object of Oliver's scheming affection is Jordana (Yasmin Paige), a socially awkward and outspoken pyromaniac who is as unpopular in school as he is.  By that measure he expects that she will be his easiest target.  What starts out as a quest to satisfy teen lust gets complicated when Oliver finds himself falling in love with her. 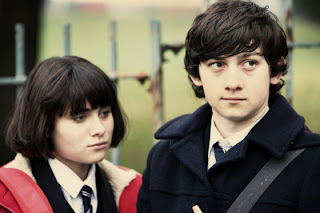 Oliver has to juggle romance with espionage as he snoops into the lives of his parents, whose relationship is heading downhill fast.  His mother (Sally Hawkins) is unhappy and tries to fill the void by seeking new age wisdom from her former lover.  Oliver is convinced they are having an affair, and he is determined to stop it at all costs.  He gets little help from his father (Noah Taylor), who is mired in depression and unmotivated to do much of anything, let alone save his marriage.  Not to worry, as Oliver is bound and determined to do it for him.
This is a funny film with a wonderful dramatic storyline.  It shows that love is not as hard as we sometimes make it.  All the effort we put into being witty, romantic and sexy is not nearly as important as just being there for the ones we love.  I absolutely loved the ending.  It is subtle, witty and right on the mark, but I won't spoil it for you here.  You'll have to see the film.  It's worth it.
Submarine released in the USA under the Weinstein Company banner on June 3.

Posted by Mark Dispenza at 8:23 PM