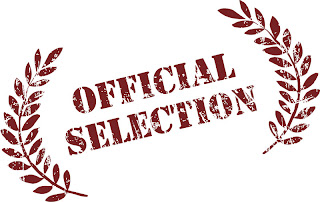 As another season of film festivals and Oscar campaigns begins, it's time to catch up on the must-see indies you missed this past year.  The Toronto International Film Festival is now over, and we are officially in the rush to the 2012 Oscars, or closer to my heart, the Independent Spirit Awards.  New American indies will be out in force over the next few months, screening at top film festivals across the United States from AFI-Fest to Palm Springs, Sundance and Santa Barbara.
You probably saw the films that took the major awards in 2011--127 Hours, Black Swan and The Kids Are All Right, but chances are you missed some real gems that swept through your town like a tornado before you even knew they were in the neighborhood.
Looking over my top five list of "the other indies," I can't help but note that they all have the same recipe for great dramatic film--a powerful story, a director of unique vision and extraordinary insight, and a cast of talented actors who went the distance to create characters of unusual depth and complexity.  Available on DVD and your choice of download service, here are my favorite American independent films of the season past... 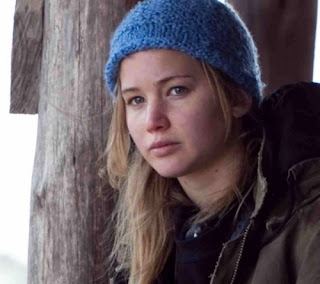 Winter's Bone
Debra Granik's sensitive yet gritty, noirish journey into the impoverished world of the Ozark Mountains made then 17-year-old Jennifer Lawrence a star.  Supported by an ensemble of acclaimed performances, particularly by John Hawkes and Dale Dickey, Lawrence dominates the screen as Ree Dolly, a teen from a poor family in the Ozarks who must find her drug-dealing father before his bail is forfeit, causing the loss of the family home and putting Ree, her invalid mother and her two younger siblings out on the street.  The screenplay was adapted by Granik and Anne Rosellini from the novel by Daniel Woodrell.  Granik showed real genius in drawing audiences into this forgotten community within our own country by combining a core of top Hollywood talent with local cast and crew, giving the film an unusual feel of authenticity.  Maybe this wasn't the best film of 2010, but it was pretty darn close. 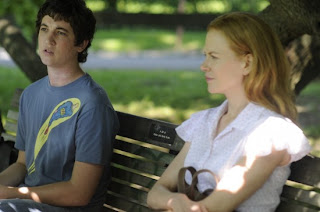 Rabbit Hole
Chances are you avoided this film out of fear that it would take you to the depths of emotional despair.  After all, it's the story of a couple coping with the loss of their four-year-old son following a tragic auto accident.  But this is not a story that dwells on tragedy.  It's about the hard journey to recovery. Nicole Kidman and Aaron Eckhart play the traumatized couple, and Miles Teller plays the teenaged boy who was driving the car on the fateful day of the accident.  Several months after the tragedy the three are brought together again in the desperate search for elusive closure.  Director John Cameron Mitchell's beautiful visuals are a fitting frame for a wonderfully insightful story by David Lindsay-Abaire and an outstanding cast. 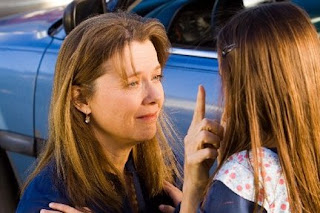 Mother and Child
If you are a fan of actress Annette Bening and you missed this film, shame on you!  Largely lost in the massive marketing hoopla surrounding her appearance in The Kids Are All Right, this film showcased what I believe to be Bening's best performance of the year.  Written and directed by Rodrigo Garcia, Mother and Child is the story of three women and their complicated relationships with children.  Bening plays a 50-year-old woman still unable to come to terms with the loss of the baby her parents forced her to give up following a teen pregnancy 35 years earlier.  Kerry Washington plays a barren woman who seeks to adopt a child of her own, and Naomi Watts plays a troubled young woman with a traumatic past who refuses to have a child.  The lives of all three come together at the end in a powerful climax that I won't spoil here.  Also noteworthy is a fine supporting performance by Jimmy Smts, who demonstrates that his acting talent is adjusting very well to middle age and a few more grey hairs. 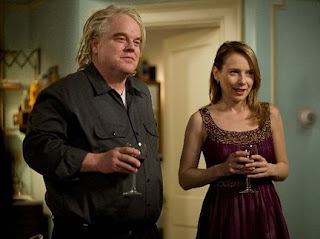 Jack Goes Boating
In my humble opinion, Philip Seymour Hoffman's directorial debut was the best romance of the past year.  Written by Robert Glaudini, this is the story of working class love between two people who are not the typical beautiful couple that ordinarily lead Hollywood love stories.  Amy Ryan delivers the goods as the object of Hoffman's romantic interest.  This is a couple with real world challenges who discover that love is indeed transformative.  John Ortiz shines in a supporting role as the best friend whose own marriage is on the rocks.  This is a story about love at its best--freely given and unconditional. 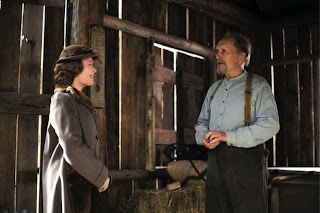 Get Low
It's become a foregone conclusion that any film starring Robert Duvall is worth seeing, and Get Low is no exception.  Supported by wonderful performances from co-stars Sissy Spacek, Bill Murray and Lucas Black, Duvall introduces us to the character of old hermit, Felix Bush, who one day shocks everyone by coming into town and arranging his own funeral--while he's still living.  Although the story opens with the type of curmudgeonly humor we've come to expect from Duvall and Murray, it eventually turns poignant.  It turns out that the funeral is an excuse for Bush to come clean about what really happened during the terrible tragedy years before that led to his exile.  Director Aaron Schneider's background as a cinematographer does much to enhance the look of the film.
Posted by Mark Dispenza at 12:41 PM