The Subtext in Subtitles

Our Favorite Foreign Films of 2012

There are a lot of gems to be discovered in the cinema of other countries, and those of us who routinely seek  out the visions of others, unfazed by subtitles, experience a wealth of soulful artistry that likely won't be recaptured in the Hollywood remake.

Now that video streaming has come into vogue, perhaps more people will be able to visit the imaginary worlds of foreign auteurs, without the need to exert tremendous effort to see them in limited screenings or at the few film festivals, like Palm Springs, that go out of the way to assemble the best of world cinema in a single location.

For those who want to share in the wonder, the contributors of Indie Film Guru have once again assembled our lists of top five favorites from the past year.

1. A Royal Affair (Denmark) - Something's rotten for the people of Denmark, and the progressive new queen and her husband's physician want to do something about it.  Standing in their way is her mentally ill husband, the king, and a powerful coalition of privileged gentry who benefit from the way things are.  If we paid more attention to history, would we keep fighting these battles?  Probably.  After all, we're only human.

2. Salmon Fishing in the Yemen (UK) - The magic of thinking big is at the heart of one of the most entertaining films of the year. Although its early release date may have put it out-of-mind for most awards this year, the Golden Globes recognized the film in three major categories. The past few years left a lot of us in a rut. This story resonates with a message about the importance of believing in our dreams and having the courage to realize them.

3. Holy Motors (France) - A chaotic film that is one of the most inspired works of artistic vision to hit cinema in a very long time, Holy Motors defied me to hate its convoluted storyline and almost excessive attention to cinematic inside jokes.  I couldn't.  Director Leos Carax has painted a mesmerizing canvas around Denis Levant that delivers an unsurpassed showcase for a very talented actor.  The  visual contrast and social commentary that permeates every frame heightened my enjoyment of the film.

4. The Impossible (Spain) - Made by a Spanish director, written by Spanish writers and based on a true story about a Spanish family caught up in the devastating Indian Ocean tsunami of 2004, the filmmakers chose to make this as an international film starring an international cast, with dialogue largely in English.  Like the family at the center of the drama, this story will cause you to reconsider your life priorities and relationships.  Cringe-inducing, realistic disaster effects and a standout performance by young actor, Tom Holland, made it worth my while.

5. Amour (Austria) - This film has garnered an unsurpassed cache of awards and nominations this year.  Its depiction of an elderly couple at the end of their lives is captured in a masterful blending of art and realism, and the lead actors deliver two of the best minimalist acting performances of the year.  To director Michael Haneke's credit, the story doesn't manipulate us with overtly sentimental gimmickry.  It doesn't need to.

1. Holy Motors (France) – Hands down this was my favorite of the year.  Left off many Top 10 lists and ignored by the Academy, this film will stand the test of time with fellow cineastes for years to come. It was a letdown that Denis Lavant was ignored by all major awards. Not only is it the best performance of the year, it could easily be one of the best performances ever put to film. It has stuck with me for over a month since my first viewing, and I can’t wait to watch it again.

2. Amour (Austria) – There is a reason the Academy nominated this film from helmer Michael Henke in multiple categories, including best foreign language film and best picture.  This hasn't been accomplished by any film in over a decade. It's a depressing story, as I stated in my review a few weeks back, but the performances by two of France’s finest actors are to be cherished, especially by Emmanuelle Riva, who also landed a best actress nomination from the Academy.

3. Bullhead (Belgium) – Nominated for best foreign language film last year, this film ends up on my list now because it didn’t receive a theatrical run in the USA until this year. A dark and seedy film that covers the underground beef hormone trade, the real story is that of the lead, played by Matthias Schoenaerts (who has another wonderful performance opposite Marion Cotillard in this year’s Rust and Bone). It is a twisted character study of a man dealing with a traumatic event that happened early in his childhood and forever changed him.

4. The Raid: Redemption (Indonesia) – A modern day twist on the Die Hard-style contained thriller, it almost feels like a video game, but it is so much more than that. As the good guys battle against an endless barrage of bad guys, each level of the drug den becomes more complex and the battles more challenging, leading to one of the best-choreographed fists fights of the last couple of years. This film is already getting the Hollywood remake treatment, where hopefully they’ll give a little more depth to the characters, but that isn't a complaint against the film.  It still works. 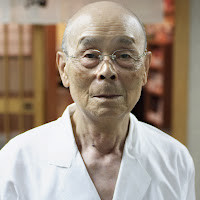 5. Jiro Dreams of Sushi (USA/ Japan) – This is a beautifully shot documentary that will whet the appetite of the viewer with the exquisite care and perfection of  its subject, Jiro Ono. He has one of the most sought-after sushi restaurants in all of Japan, where a night of pre-selected sushi will set the connoisseur back almost $400 USD.  The film also covers the story of his two sons, who have to live in the shadow of one of the greatest sushi chefs to ever live, waiting for him to retire and maybe one day live up to the expectations set before them. This is a film about perfection and stepping out of the shadows - a subject matter that goes deeper than fish.