2011: A Year of Controversy & Innovation 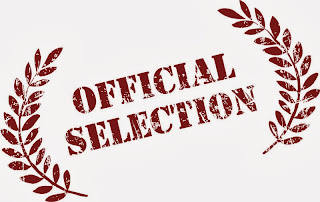 2011 was an exciting year for independent film, as filmmakers broke new ground, and the marketing and distribution model for the indie world began a seismic shift away from brick-and-mortar theaters and into downloadable formats that will ultimately make them more accessible to audiences worldwide.

Like the years before it, 2012 will begin with the first US screenings of exciting new films at venues like Palm Springs, Sundance and Santa Barbara.  We'll be wowed by the new work of the masters, and we'll feel the rush of excitement from being among the first to see groundbreaking new talent emerge onto the scene.

At the same time, there will be the usual rush of awards and retrospectives for the films that moved us in the previous year.  In that vein, Indie Film Guru is pleased to share with you our favorite films of 2011.  We don't claim that these were the best films, or that we even saw all of the most deserving foreign and American independent films, as there are now thousands of them.  Even among the most generous reviewers, so-called "best lists" are subjective, so we'll just call this what it is.

Here they are--the top five favorite films, by categories of American Independent and Foreign, of contributors Mark Dispenza and Zac Sanford from the year 2011: 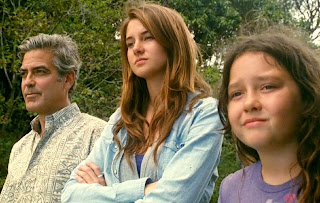 1.  The Descendants (Alexander Payne) - Like we said, it's about "love, loss and doing the right thing," and figuring out how to raise two independent girls as a single male parent.  George Clooney and Shailene Woodley shine as a father and daughter coming to terms with the loss of a wife and mother, and discovering, as she lay dying, who she really was in life.

2.  Beginners (Mike Mills) - A father at the end of his life, and a son who's afraid of living his, discover that it's never too late to open your heart to love in this funny and poignant story about wounded souls who learn to heal themselves.  Mills broke new ground with actor Ewan McGregor in bringing an introverted character to vibrant life.

3.  Midnight in Paris (Woody Allen) - It's been a long time since I listed a Woody Allen film in my top five and audiences apparently agree.  Midnight in Paris was Allen's highest-grossing film of all time and topped the box office for American indies in 2011.  Not as heavy on social commentary as Allen's more recent films, it was nonetheless a smart and delightful romantic romp through Paris the way we imagine it was and want it to be.

4.  Amigo (John Sayles) - Chances are you missed this latest gem from the master of American indie film, because Sayles practically carried the video from theater to theater himself in a case of distribution the hard way.   Get it on download.  Joel Torre delivers the goods as a head man fighting for the survival of his village, caught between clueless American occupiers and the guerrilla fighters who oppose them during the Philippine-American war.  The players may look different, but in every war they're the same.

5.  Win Win (Tom McCarthy) - In tough economic times an attorney (Paul Giamatti) makes some bad choices to get by, and ultimately has to own up to the unintended consequences his actions bring down on the people he loves most, especially the troubled and gifted teen his family takes in. This is truly a story for our times. 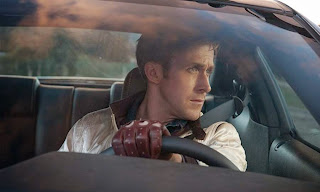 1. Drive (Nicolas Winding Refn)  - Many will find this film oddly paced, too violent or tonally all over the place, but as a total package it works for me on each of those levels. From the opening chase in downtown LA to the relationship between Ryan Gosling and Carey Mulligan, and the violence that goes over the top, this is one of the few films of the year that has the rewatchable factor that so many films lack these days.

2. The Descendants (Alexander Payne) – In the hands of any other writer/director, The Descendants could have easily veered off into the land of melodrama. Payne, along with co-writers Nat Faxon and Jim Rash, walk the fine line of a father struggling to connect with his daughters as his wife lies in a coma following an accident. Not only must George Clooney deal with drastic life changes, but he also must confront the man who was sleeping with his wife, all the while trying to handle the extended family’s pending sale of ancestral land.

3. 50/50 (Jonathan Levine) – Based on the real life experience of screenwriter Will Reiser, 50/50 delivers a wonderful balance of comedy and drama as Joseph Gordon-Levitt deals with his cancer diagnosis. While most twenty-somethings are concerned with the beginnings of a career, starting a family and looking forward to many years still to be, Adam must deal with the fifty-fifty shot he’s given at surviving into the next year.

4. The Tree of Life (Terrence Malick) – Melancholia and The Tree of Life are probably two of the most polarizing films of the year within the film community. While Melancholia bored me to tears, and I didn’t care one iota about the outcome for the characters, The Tree of Life gave me the exact opposite
reaction. I was transfixed by the opening shots, the voiceover delivered in a melancholic whisper, the breathtaking “creation” segment (yes, even with the dinosaurs), to the ending. Did I understand it all? No, but I will give the film a second look to grasp the deeper message that Malick was trying to deliver.

5. Like Crazy (Drake Doremus) – Coming-of-age stories are a dime a dozen, but the characters, their actions and the voyeuristic feel of the direction made this film stand above any of the genre's predecessors from this year.  Doremus’ first film won the Grand Jury Prize at the 2011 Sundance Film Festival, and its star, Felicity Jones, was honored with the Grand Prize Award for Acting in her star-making performance. 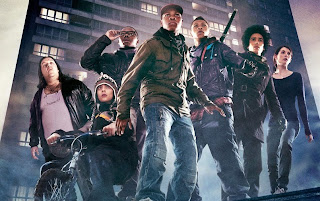 1.  Attack the Block (UK, Joe Cornish) - Teens in the hood battle invading alien monsters in this funny, scary and downright excellent cross-genre mash-up. You're starting to see this film on a lot of critics' best lists for 2011, and you're probably wondering how you missed it.  This was another case of a small-budget film getting lost amid the big buck promotional extravagances of Hollywood's summer offensive, but it's destined to become a classic in its second life on DVD and download.  Be the first on your block to get a piece of the action.  Believe!

2.  The Artist (France/Belgium, Michel Hazanavicius) - Silence has never been so golden in this wonderfully entertaining tribute to the bygone era of Hollywood before talkies, and a timely story about a once successful man facing career obsolescence and economic ruin.  Trust me on this.  Even if you hate reading subtitles, you'll love this film.  There's a reason you're hearing a lot more about it as awards season gets underway.

3.  Melancholia (Denmark/Sweden/France/Germany, Lars von Trier)  - A triumph of the surreal that must be seen on the big screen to gain a full appreciation of its beauty, Melancholia was arguably the most polarizing film of 2011.  Since its debut at Cannes, filmgoers have been divided into two groups--one that loves Melancholia and the other that loves The Tree of Life--and never the twain shall meet.  See Zac's list if you doubt.

4.  Submarine (UK, Richard Ayoade) - An amusing coming-of-age story about a teen's first love, Submarine is really an adult film about the challenge of sustaining love over the long haul and in trying times.  You'll laugh.  You'll see yourself in it... and that's really the point of it.

5.  Tyrannosaur (UK, Paddy Considine) - This directorial debut by an accomplished British actor is a raw and unflinching look at a social problem that defies boundaries.  Peter Mullan and Olivia Colman turn in riveting performances as a violent and self-destructive man who gets an unexpected chance at redemption from a woman battling her own demons.  Note the word "raw." This is not a film for the squeamish. 1. We Need to Talk About Kevin (UK, Lynne Ramsay) – Ramsay’s first film in nine years, an adaptation of a novel by the same name, is sure to have its fans and detractors. In an award-worthy performance, Tilda Swinton deals with emotional struggle after her son goes on a wild killing spree at the local high school. But it is Ramsey’s use of non-linear storytelling and expertly paced directing that makes this one of the top films of the year.

2. Attack the Block (UK, Joe Cornish) – Attack the Block doesn’t follow the Hollywood mantra of taking the first ten to fifteen minutes to set up the characters before anything happens. From the beginning our characters are thrown into the storm of an alien invasion. Instead of running away, they decide to protect their block by any and all means necessary. The stakes are constantly ramping up, no character is safe, and we learn the back-story of each of the characters as the film moves along.  And these aren’t your normal aliens, but black-haired beasts with blue, glowing teeth. Attack the Block is a fun ride from beginning to end, even if you can’t understand the British teen slang thrown around by the boys from the block.

3. The Artist (France/Belgium, Michel Hazanavicius) – In the day and age of explosions, fast-paced action and quick cuts in the editing, it was a breath of fresh air to be taken back to the golden age of cinema. Hazanavicius’ love letter to film deals with the major shift in the industry when the talkies first gained traction, sending many of the famous silent stars to the unemployment line. Even without the use of dialogue, the stars of the film are able to radiate and hold the audience’s attention from beginning to end, and the score swells and dips in all the right places.

4. Submarine (UK, Richard Ayoade) – If I had to put my foreign films and indie films on the same list, Submarine would end up higher than Like Crazy.  While Like Crazy covers the post-adolescent years of love, Submarine delves into what most would consider the more simple times of high school. Ayoade’s coming-of-age dramedy puts Oliver Tate (Craig Roberts) in that awkward stage between being a child and becoming an adult. He covers a perfect range of optimism, mixed with the angst-filled snark, every teenager goes through.

5. I Saw the Devil (South Korea, directed by Jee-woon Kim/written by Hoon-jung Park) – A cat and mouse film that sends a secret agent on the trail of a serial killer after his wife becomes the latest victim.  Kim’s Korean revenge film allows his main character to walk the fine line between good and evil, as he inflicts pain upon the man who killed his wife, only to let him go free until the next round of revenge is unleashed. Just like Dexter, the moral question of what is right and wrong should create much debate among those who watch it.

We at Indie Film Guru wish you much happiness and joy in 2012
and a very indie new year.
Posted by Mark Dispenza at 12:15 PM